When I was looking for a new car, one of my requirements for the car was to have the Android Auto support. I expected a lot from this system, and the manufacturers who invest into supporting new technologies, get kudos from me.

I have chosen Škoda Octavia, however I had to pay additional 150 € for Android Auto support.

Here is my experience after using Android Auto for some time.

At the time I bought this car, Android Auto was not available in Lithuania (it still isn’t BTW). So it was a disappointing moment to discover that you can’t use what you’ve paid for.

Luckily, it is possible to sideload the APK file from the mirror site. You lose the automatic updates and security assurance, but it’s still better than nothing.

Having Android Auto support and the Android Auto-compatible smartphone allows you to use Google-designed Navigation, Calling, Messaging and Music interface in your car’s infotainment screen.

It is possible to use Google Maps as the navigation, Spotify, Deezer, Google Play or other apps for music playback and native or specific apps for calling and messaging.

However the interface and the usability is very limited compared to the native applications.

Due to the Android Auto safety requirements, it is not allowed to make more than 6 touch interactions with the system when the car is moving. You must use voice control for everything.

The built-in infotainment system I bought with my car is 6,5” “Škoda Columbus”.

I must say that this system is very good: it has very precise offline Navigation (with “here” maps) with 3 years update support, FM radio with RDS, media support from Bluetooth, aux-in, USB, SD card sources.

The infotainment system screen resolution however is only 800x480, which is far behind even my Full HD smartphone, also limiting the possibilities of Android auto.

The interesting thing is that since version 2.0 there is a “standalone” mode of Android Auto, meaning you can use the same interface in your smartphone screen, thus you don’t need a car to support Android Auto.

Android Auto uses Google Maps navigation. Rumors say that there should be the support for other navigation systems soon, but Google Maps is pretty good.

Probably the biggest advantage of the offline navigation systems is that Google Maps use realtime traffic information for route planning.

However, the navigation information can be seen in the infotainment system, but not in the dash (screen in the middle of speedometer and tachometer).

Another annoying thing is the day and night modes. The “night” mode is turned on while it’s still early and it becomes very difficult to see anything in the screen.

The day/night mode is controlled automatically using ambient sensor. Luckily, there is a way to force a mode: it is needed to tap 10 times on “About Android Auto” in “About” window and it becomes possible to choose the mode in “Developer Settings” window: While it is possible to answer the calls and see the latest call information, the contact search, message composition, and other related actions are done using voice commands and voice recognition.

In English-speaking countries this might work quite ok, but in other cases it’s pain in the ass.

As I mentioned previously, the usabiliy is quite limited due to safety constraints. Therefore it is possible to access only limited set of albums or playlists.

The voice control is also far from perfect. While it understands basic terms, like bands, more complex terms (i.e. songs or albums) are misunderstood in most cases, making the system almost unusable.

With the Android Auto 2.0 it is possible to use Android Auto in standalone mode, meaning that it can work right from smartphone and does not need a car infotainment system to support Android Auto: However you still have to deal with all the limitations of Android Auto.

There are multiple alternatives to standalone Android Auto version, with Automate as one the best ones.

Since the standalone Android Auto version was introduced only in 2nd version, this was the only option to have the similar interface and usability in the cars which don’t support Android Auto.

The usability is similar to the standalone Android Auto, although the user experience lacks consistency.

My verdict: if you are able to connect to car’s audio system via Bluetooth, better buy a car phone holder: 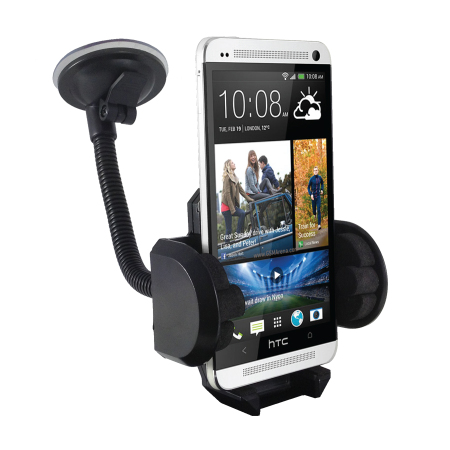