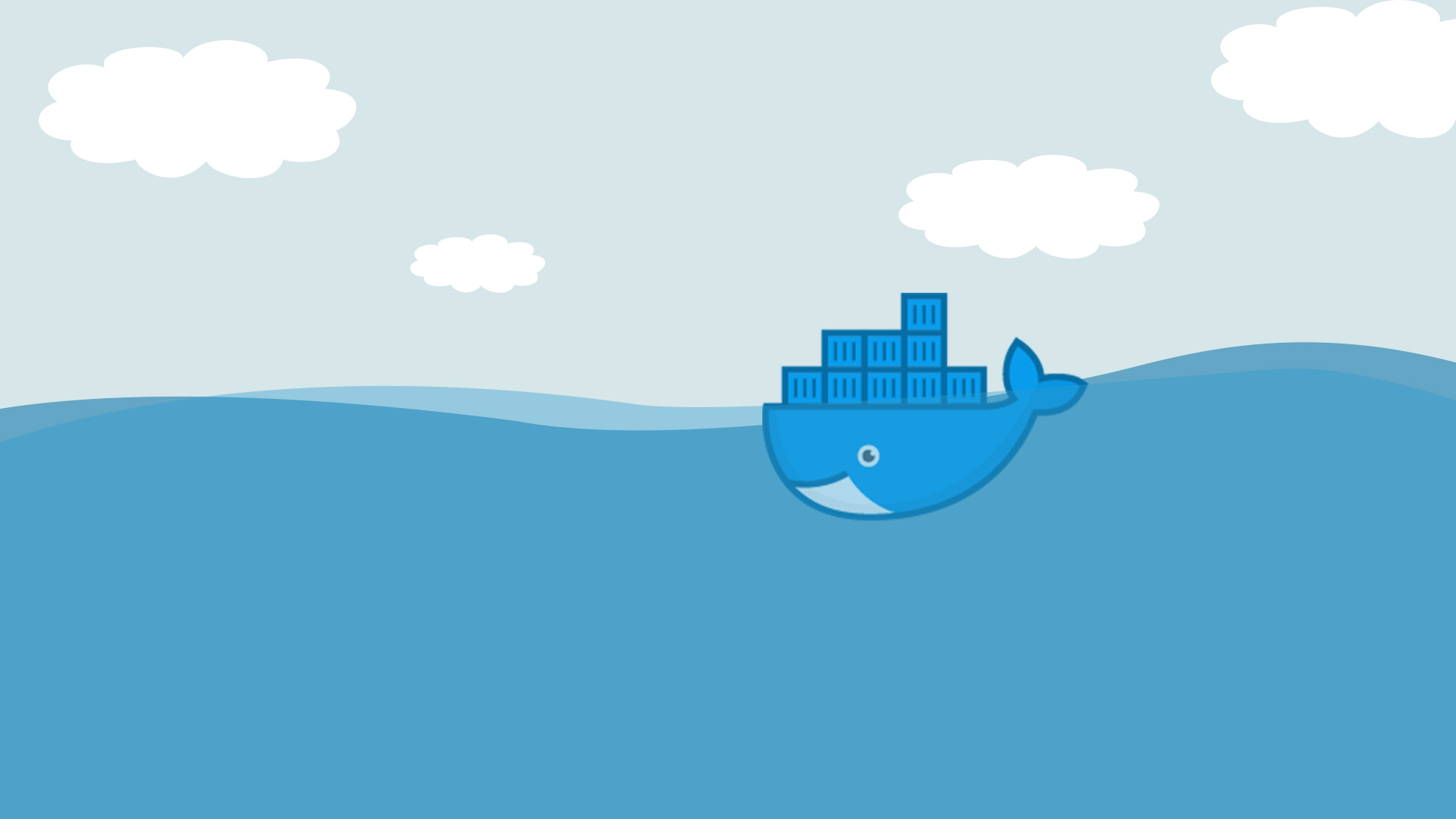 Docker is a container virtualization technology, allowing running applications in the isolated environments simultaneously in a single machine.

The main benefits are the following:

As Docker does not virtualize the whole operating system, but the application environment (libraries, binaries, configuration) it runs fast and with low footprint and is extremely useful for building 12-factor apps. 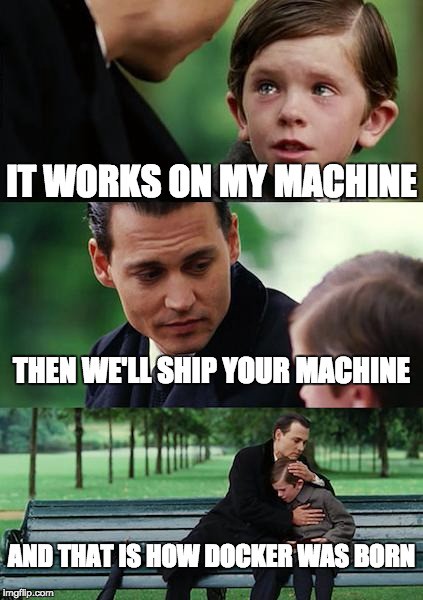 There are different versions of Docker: CE (Community edition) and EE (Enterprise Edition). For personal use we will use Community Edition.

Docker can be installed from the official repositories. The instruction for Ubuntu: https://docs.docker.com/install/linux/docker-ce/ubuntu/

It is beneficial to add your user to the docker group after install and perform other Post-installation actions.

The installation options for other operating systems are also available in Docker website.

What a Docker image is

Image is a layered file system that is used to run a container. According to Docker docs “Docker image consists of read-only layers each of which represents a Dockerfile instruction. The layers are stacked and each one is a delta of the changes from the previous layer.”

Images are stored locally and in the image registries (i.e. DockerHub), from which they can be pulled when needed.

The images are identified using the combination of repository and tag in the <repository>:<tag> form.

The tag is a string identifying a version of an image. If omitted, the default tag value latest is applied.

What a container is

The states of the containers and the transitions are very well described in the chart: 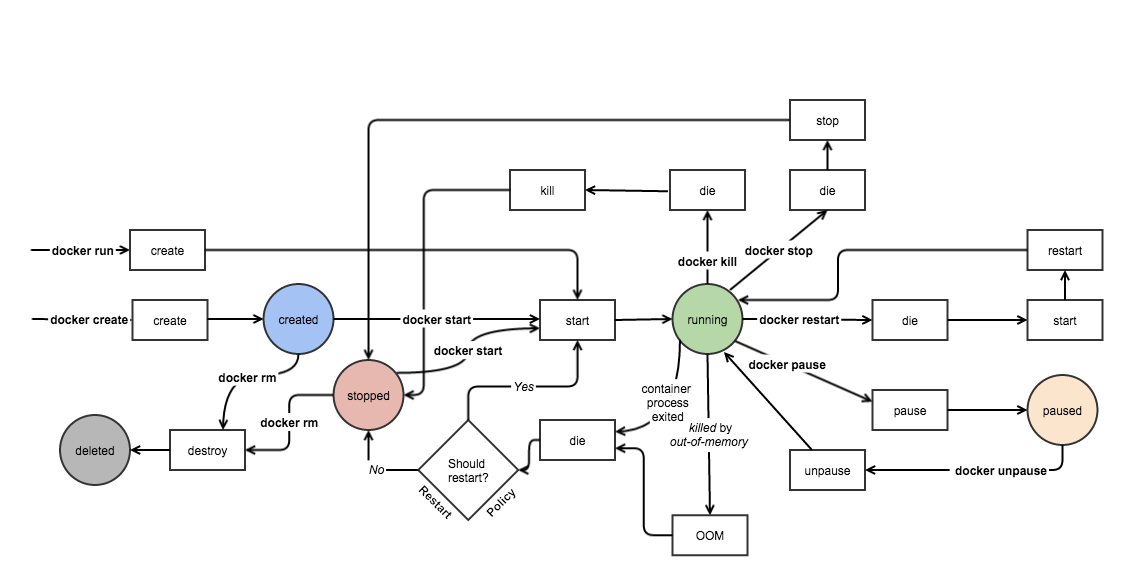 The container should be treated as the stateless application instance, thus might be restarted and replaced anytime.

If needed, the persistent storage can be achieved by mounted volumes or by using the external storage or database services.

Below you can find the list of most commonly used docker command.

docker pull <image> - downloads the image from the registry. It might require logging-in using docker login if the image is from the private repository.

It is convenient to provide the just the beginning part (a couple of symbols) of the ID (image ID, container ID etc.), i.e.:

In the example above the image hello-world which ID starts with ID fc is removed.

As the Docker images are built on top of other images it creates a layered file structure. These layers (commands triggering the filesystem changes) can be listed using command:

The image content can be exported (saved as tar archive) using a command:

docker container run <image> <cmd args> (shorthand: docker run ...) - runs the container from the image. Also automatically pulls (downloads) image if it’s not available locally. The image has an entry point command which is invoked when running command. It can have default argument list, but it can be overriden by the command arguments when running the container.

While docker container run command has many option keys, the most commonly used ones are:

For example, the following command runs bash in the Ubuntu distribution from a Docker container:

Alternatively, another process (bash in this example) can be executed and run as a separate TTY:

While it is easy to run the single container from the command line, it is less convenient to do so for the services runningas as multiple related containers. Also, it is a usual case when containers need to communicate with each other - then the separate Docker configuration of Network is needed. Such imperative way of running is also error-prone. The preferred declarative way of defining the desired configuration of images, networks, building them, running and stopping containers is using the docker-compose utility.

Docker images are built using the instructions written in the file, usually named Dockerfile. The most common instructions:

The best practices and examples on writing Dockerfile

The image is build using the command:

docker build -t <image>:<tag> <path> - builds the Docker image from the instuction defined in the Dockerfile file in the path (path can be . if the command is run from the same directory as Dockerfile). The different file name can be provided using -f key. Multiple tags can be provided. CPU and memory limits can be set using -c and -m keys respectively.

It is useful to separate the images for development and building the application and the ones running in production. The main benefit is the smaller size of the image running code in production.

Multi-stage builds allow defining aliases for builds and copy the content from the generated temporary image to another one, i.e.:

The --from= parameter can also be used to copy the files from the external image, i.e.: COPY --from=nginx /etc/nginx/nginx.conf /nginx.conf.

Pushing image to the registry

The built images may be pushed to the online image registry for later reuse.

It is needed to authenticate to the registry first:

docker login [server] - authenticates to the DockerHub or other registry if server is provided.

The authentication information is stored in ~/.docker/config.json uncencrypted (!) or in another more secure credential store.

After authentication the image can be pushed using the command:

Compose is a tool for defining and running multi-container Docker applications. With Compose, you use a YAML file to configure your application’s services. Then, with a single command, you create and start all the services from your configuration. (source)

Docker Compose can be installed by following the installation instructions.

docker-compose.yml file is used to declaratively define the services that are built and run as Docker containers. The service is an application which runs either as a single container or is replicated to multiple containers.

The docker-compose.yml contains the following structure:

docker-compose up - runs the containers described in the services section. If needed, builds the images first (using the build section). The key -d runs the services in the “detached” mode (background).

docker-compose logs - shows the output from the containers

docker-compose stop - stops the containers (does not remove them)

While Docker is very popular, the other application container engine is rkt is very promising and worth attention. Also, it is conceptually closer to the very popular container orchestration system Kubernetes and Application Container specification by the Open Container Initiative.

The container orchestration and cluster management platforms(Docker Swarm, Kubernetes) are used to deploy and run the containers in production. Considering the existing and growing popularity or Kubernetes, it is likely to be the way to go further.